The OMNIplus ON digital services in practical testing.

OMNIplus has created a new digital service world for buses in the form of the OMNIplus ON Portal. Various digital services are offered, structured in four service areas. The aim: to enable bus companies to operate their business more easily and above all more efficiently. But how do customers actually use the portal? Two customers who have been with us right from the start report first hand. Vehicle Data Interfaces from the SignalStore
"Two years ago we were in contact with the OMNIplus ON Team from Daimler Buses for the first time. Since then we have been working flat out on integrating OMNIplus ON into our operating and workshop management software," says Jens Lottmann. He is the Head of Department responsible for electric mobility and operational systems at the public transport company Stadtverkehr Lübeck. With the interface from the OMNIplus ON SignalStore a multitude of vehicle data from the bus can be transferred to their own operating and management systems via the Daimler Cloud.

The focus of data use: the eCitaro
"The data are hugely important above all for our six new eCitaro vehicles. Whilst it is the case that we are currently only using a limited amount of the data available, we are continually extending this use," Lottmann explains. SV Lübeck is being supported in this by their software partner COS GmbH, with whom Lottmann has been working together successfully for a long time. "In particular where the range is concerned, our ambition is to tease out every single kilometre possible," Lottmann adds. The success has even been certified by a team of researchers from the universities of Lübeck and Kiel. The DOING eBus project is investigating what the charging infrastructure should look like for optimum operation. The initial feedback from the researchers: the data quality from Lübeck is outstanding.

Valuable data for modern diesel buses too
It goes without saying that the findings obtained are also being applied to the state-of-the-art combustion-engined fleet. Lottmann continues: "After all, the new Euro VI engines are nearly as complex in their exhaust technology as a hybrid or electric bus. We are delighted about all the additional data for operational evaluation." The digital management made possible by this method impressed Lottmann's team of digital experts to such an extent that an overarching, internal data warehouse will now also be designed. The aim is to manage the huge amounts of data as efficiently as possible.

And there is another offering from the ON Portal that particularly impresses Lottmann: "The minimal data records continuous required by the agencies subsidising the electric buses would have been difficult to create were it not for the portal. Only Daimler Buses offers them in such detailed form." And so once again, electric mobility is proving to be an accelerator of digitisation – including in bus transportation.

Ordering replacement parts and services online
Another key element of OMNIplus ON is the digital OMNIplus eShop. All replacement parts for Mercedes-Benz and Setra buses can be ordered online here. Even the search for the correct replacement part has been optimised in the eShop. If the fleet has been stored in the system, the appropriate parts for each vehicle are automatically displayed there. One click is all it takes, and you know whether the required parts are in stock at the service centre. The offer is gradually being extended. In the medium term, the aim is also to make 3D printing orders for small parts or even ServiceContracts available for ordering via the OMNIplus eShop.

The e-Shop as an agile development project
Project eShop started in 2017 and was initiated by a study carried out at the Universities of Ulm and Neu-Ulm. "From the outset it was a great challenge for our company to be part of it," says Michael Weiprecht (49). He heads the seven-strong workshop crew at the long-established Böblingen-based company Pflieger, which has around 100 buses operating mainly on urban routes. Weiprecht is also very interested in all things digital when he is not working, and he has played a decisive role in driving forward digitisation at Pflieger since 2013.

By mid-2019 the time had then come: the new shop was activated at the company in Böblingen before its official launch. "It all went really well, almost seamlessly. Above all thanks to the Daimler Buses team, who were constantly on site with us here. The team personally dealt with every tiny bug that we found in the system when carrying out the practical work."

Accessible from all digital devices
The biggest advantages of the new eShop for Weiprecht are transparency, speed and clarity: "The homepage is much clearer and I immediately see all the important things I need at a glance, without having to click my way through for a long time, be it availability or, really importantly, my own price." Users can also access the e-Shop from all mobile devices. As Weiprecht explains: "I can also go directly into the warehouse with my tablet PC to check availability there quickly."

The workshop foreman has plenty of ideas for further optimisations. "I could easily imagine individually configurable baskets for frequently needed repairs that I can create in the system myself." He finds support for his ideas from the OMNIplus ON digital experts. It will be fascinating to see what further development stages the new eShop will experience in the near future with committed users like Michael Weiprecht. 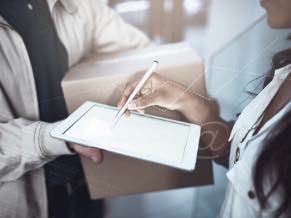 Bring your procurement processes up to date. 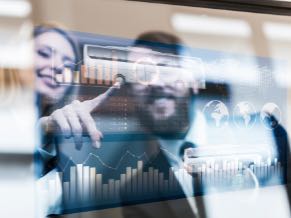 The new OMNIplus ON SignalStore 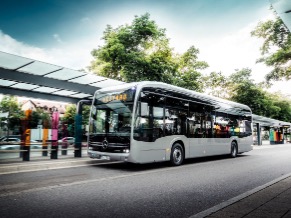 The all-round care-free package for the eCitaro